They seem out of character for him now. Those things he’d bought his bride of seven years: the colonial-style house built with luxuries of the day; the two Waterford crystal dishes, once home to tiny pillows of buttermint candies and burning Dunhill cigarettes; a parquet living room; a terra-cotta patio; and bottles of medication. After four-and-a-half years of chemotherapy and almost 73 years of life, she passed away beneath all-cotton sheets. It was November and raining. Her youngest daughter held her hand and sang “Amazing Grace” with the Hospice nurse.

The silence that followed the funeral deafened him, and over time the things that surrounded him assumed a pallor. He found his college sweetheart and called her. Yes, she still remembered him. No, she had never married. She had lived all these years in her childhood home caring for her mother who had just died of old age. They married that summer.

After the quiet, unadorned ceremony, they drove from Appalachia to his house in Texas. But this colonial-style house with its Waterford crystal and parquet floors was not her house, and the things were not her things. So he stored the crystal and other furnishings and sold the house, and he and his new bride moved to the east Texas foothills. There they lived in a trailer home while he built her a house all her own and bought her things all her own. It’s been a dozen years or more now. The house is hers and the things inside it are hers, and on clear afternoons they sit on her screened-in porch and watch the sun set. 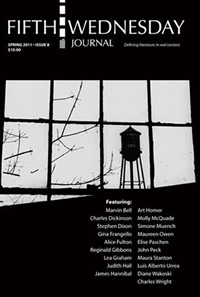