Four days ago a butterfly splattered into the windshield of my not-so-eco-friendly car. No, this happened four years ago. We still lived in Georgia. The war was over but troops kept returning to the zone. Oil needed to be protected. The fat winged body that oozed yellow on my windshield must have counted thrice toward that number. It was gigantic. And striped. The body was striped, and flattened. And it blocked my view of the road just enough to annoy me, so I sprayed it. I pulled the wiper wand on the steering wheel’s column. I pulled it toward me. Blue spray glistened in the spring sun and the wipers swept the windshield and dragged the flattened, fat butterfly with its striped body and its broken wings out of my line of sight. The blue cleaner smeared into the golden splat. The wipers dragged an unnatural green across the windshield. I tried not to cry. I pulled the wand one, two, three times. Blue smeared into fluorescence until the wipers left only faint, gray streaks to bar my view. When I got home, my other half poured boiling spaghetti into a stainless steel colander. Homemade sauce simmered red in what was once his great-grandmother’s cast iron skillet. The next year we moved to Missouri. I hadn’t hit a butterfly since, until yesterday while driving home from Chicago. Miles away engineers flitted to stop the golden brown hemorrhage in the Gulf of Mexico’s mud floor. 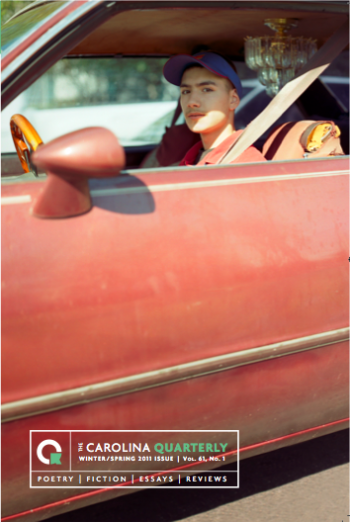